Dark Money and Justice: Michigan is like no other state.

Dark money erodes trust and confidence in impartial justice. Why does Michigan have so much dark money in elections involving the justice system? 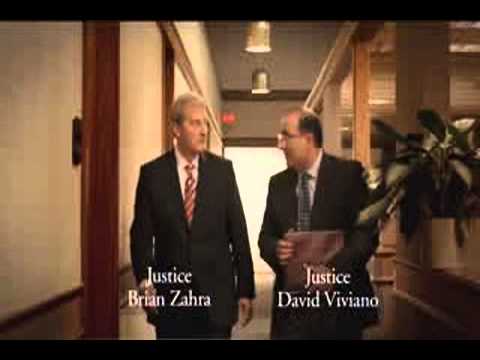 The Michigan Republican Party also had an interchangeable script for Justices Viviano and Zahra in another pair of party-sponsored ads. 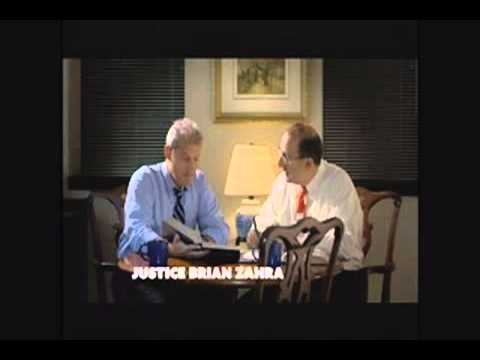 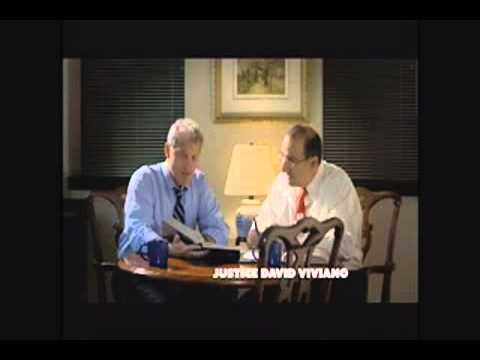 The Center for Individual Freedom chimed in with this offering on the durable theme of safety from child molesters. 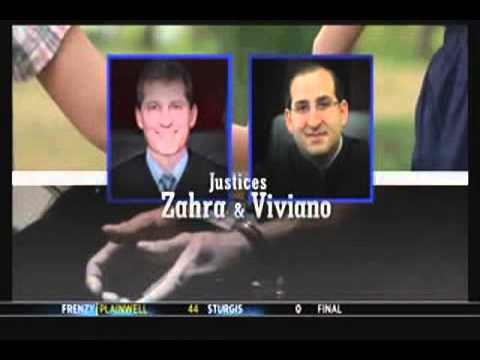 "Crimes Against Children," sponsored by Center for Individual Freedom

Blunt instrument in a trial court campaign The 2012 Oakland County Circuit Court campaign was like no other in the history of Michigan trial court elections. Two assistant attorneys general, whose own campaigns were nominal, challenged five incumbent judges. The two challengers were backed, and incumbent Judge Phyllis McMillen was attacked, by a $2 million dark money TV campaign. The ads ran through two DC-based political nonprofit corporations, Americans for Job Security and Judicial Crisis Network (which also spent $1 million in the 2012 Michigan Supreme Court campaign). It was widely believed that the $2 million TV ad blitz and a voluminous direct mail campaign were funded by the corporate self of an Oakland County businessman. Campaign Finance Summary, 2012 Oakland County 6th Circuit Court 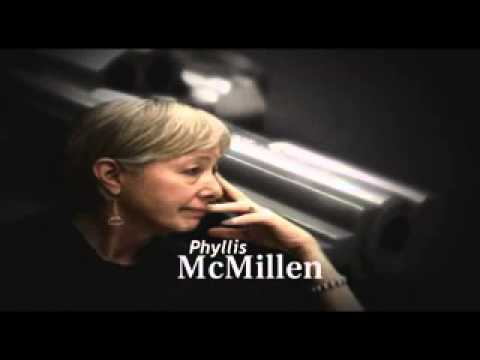 The 2012 Oakland County Circuit Court campaign was particularly resonant among judges in Michigan. Its lesson was something to the effect that when a case involving an angry billionaire isn't decided the way he would like, he may be saying, "I've got millions to take you out in the next election, and I'll leave no fingerprints." It is a lot to expect a judge to render impartial justice in the face of such pressure. In this case, the dark money effort was unsuccessful. However, the obvious dark money-threat to impartial justice should not be tolerable. Dark money grows in the attorney general campaign Incumbent Republican Attorney General Bill Schuette had a wide campaign finance advantage and he won a comfortable electoral victory over his Democratic challenger Mark Totten in 2014. Schuette had $4 million for his campaign account compared to $884,000 for Totten. Schuette enjoyed a similar five-to-one advantage in unreported television support, $2.6 million to $470,000. Schuette's anonymous supporters used the Michigan Advocacy Trust (MAT) as their delivery vehicle. Totten's secret supporters used the Michigan Democratic State Central Committee. The Michigan Advocacy Trust was organized by Richard McLellan, a Lansing attorney who led the transition team for Mr. Schuette's administration after the 2010 election. McLellan has introduced himself outside the Capitol Loop as "the most powerful person in Lansing you've never heard of." Inside the Capitol Loop he needs no introduction. He led the transition team for former Gov. John Engler after the 1990 election, and he made the oral argument for the Michigan Chamber in the U.S. Supreme Court case Austin v. Michigan Chamber of Commerce (1990). MAT spent $1.1 million for unreported ads attacking Schuette's opponent in the 2010 campaign. MAT's Form 8871, its statement of organization with the I.R.S., identifies its purpose as follows: "The Michigan Advocacy Trust is an administrative account of the 23rd Michigan State Senate Republican District Political Party Committee of Ingham County Michigan - It is a separate account maintained for paying administrative expenses of the sponsoring political party committee and other exempt functions permitted but not reportable under the Michigan Campaign Finance Act." While MAT does not report its donors in any public documents, some of its donors have reported expenditures payable to MAT. In 2014 the Republican Attorneys General Association gave $1.15 million to MAT and Dow Chemical Company reported giving MAT $200,000. Dow Chemical gave MAT $400,000 in 2010. Like the Michigan Republican Party's Supreme Court ads, MAT's ads are less issue advocacy than candidate profiles. In two identically-themed ads sponsored by MAT and Schuette's campaign, the faux issue ad featured a home interview with Schuette, while his campaign relied on still photographs of the candidate and the testimony of a campaign supporter. 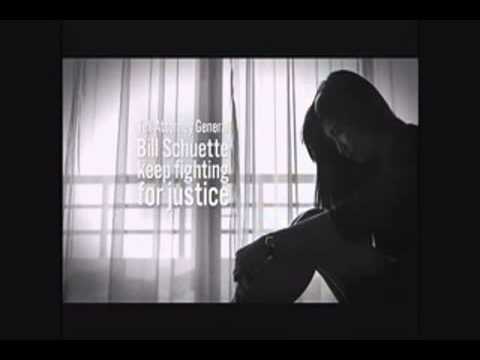 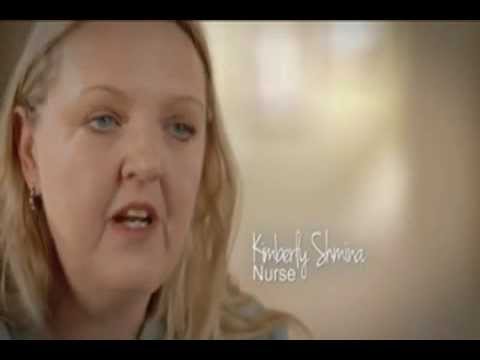 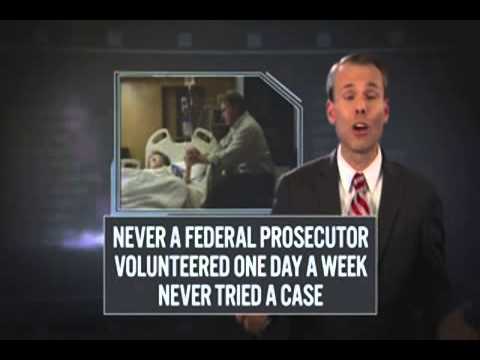 The preeminent issue of the MAT ads was the candidates' suitability to hold office. Only nine states had attorney general campaigns where candidates' combined to raise at least $4 million in 2014. Among those nine states, only New York and Michigan ranked as total failures to require disclosure of electioneering communications, according to the National Institute on Money in State Politics. Seeking accommodating prosecutorial discretion Dark money in an attorney general campaign undermines the promise of impartial justice, just as it does in a judicial campaign. In the case of an attorney general, the threat to impartial justice comes in the form of ethically questionable exercise of prosecutorial discretion. Eric Lipton's Pulitzer Prize-winning series on lobbying "the people's lawyers" in The New York Times recounts how attorneys general and lobbyists for a range of interest groups gathered under the banners of the Republican Attorneys General Association (RAGA) and the Democratic Attorneys General Association (DAGA), so interest groups could educate attorneys general as to their interests in group seminars and relaxed individual meetings, and hold fundraisers for individual attorneys general and their partisan associations, whose funds can be spent to support individual attorneys general. An example that was cited in the series of how those mixers can work for interest groups involved 5-hour ENERGY's successful effort to defuse investigations into allegations of false claims and deceptive advertising that, at one time, involved more than 30 states. Michigan Attorney General Bill Schuette, the chairman-elect of RAGA, hosted the summer 2013 luxury mixer for Republican attorneys general and interest groups at the Grand Hotel on Mackinac Island. If the donors have total anonymity, as many of the donors to Michigan Advocacy Trust have had, it is impossible to connect the dots between their contributions and prosecutorial decisions made within the Department of the Attorney General. The large-scale lack of accountability invites questions as to how prosecutorial decisions are reached. The attack against disclosure Michigan's disgraceful record of dark money in campaigns involving the administration of justice is not merely the failure of good and responsible persons to do the right thing. In fact, responsible persons within the State Bar of Michigan sought to bring sunlight to the dark corners of Michigan Supreme Court campaigns by requesting a review of a faulty interpretation of state law that enabled the flood of dark money. Their action, which was vindicated by a promise by the secretary of state to reverse the faulty interpretation, was swiftly met by legislative action and a gubernatorial signature to assure continuance of Michigan's dark money politics. In September 2013, noting the large volume and percentage of dark money in Michigan Supreme Court campaigns, the negative effect of that dark money and several campaign finance rulings by the Supreme Court of the United States, officers of the State Bar of Michigan requested that Secretary of State Ruth Johnson review an interpretive statement by former Secretary of State Terri Lynn Land on what is, and is not, required to be disclosed in state judicial election campaigns. Secretary Johnson stated that she could not make separate rules for judicial campaigns, but she announced an administrative rulemaking procedure to require disclosure for all candidate-focused advertising in the weeks immediately preceding state elections. The Senate Elections Committee was holding a hearing on a bill to double contribution limits for candidate committees and the legislative caucuses' PACs (the only state committees for which there are contribution limits) the morning Johnson's intentions were announced. In the middle of the hearing, after Johnson's news release was published online, the Committee went into recess. When it returned, it reported an amendment to the Michigan Campaign Finance Act that would exclude from disclosure any communication that does not include the "magic words" of express advocacy from footnote 52 of Buckley v. Valeo (1976). The bill, Senate Bill 661 of 2013, including the magic words-amendment, passed the full Senate and House without a single Democratic vote. Rick Snyder had campaigned as a candidate for governor in 2010 on a platform that would "Create a culture of ethics in Michigan's government," by, among other things, requiring disclosure of spending for all electioneering communications. However, when a bill came to his desk designed to block disclosure for electioneering spending, Snyder said that he had evolved on the issue. On the Friday afternoon between Christmas 2013 and New Year 2014, the governor's office announced that he had signed SB 661 into law as Public Act 252 of 2013. Victory in the race to the bottom - and a way back up Reflecting on Michigan's record over the 21st Century, it is apparent that Michigan has won the race to the bottom when it comes to campaign finance transparency related to the administration of justice. While dark money spending was dramatically reduced by Democrats in 2014, there are no indications that the phenomenon will disappear from Michigan politics any time soon. Recent national polling for the New York Times and CBS News reveals widespread dissatisfaction with America's deregulated campaign finance environment across the political spectrum. A poll conducted for the Michigan Campaign Finance Network after the 2008 Michigan Supreme Court election in which then-Chief Justice Clifford Taylor lost a majority-dark money campaign for the most expensive single seat in Michigan Supreme Court history, 96 percent of Michigan voters indicated that it is important to require disclosure of all spending in judicial election campaigns. The need for campaign finance disclosure was among the key recommendations of the Judicial Selection Task Force chaired by former Justices Marilyn Kelly and James L. Ryan. Those recommendations have durable ethical clarity, even as accountability in Michigan politics, particularly in the area of justice, continues to be eroded. * All television sales figures cited in this report are gross sales. All political commercials shown in this report were provided by Kantar Media/Campaign Media Analysis Group (CMAG)